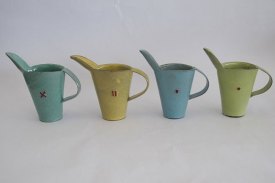 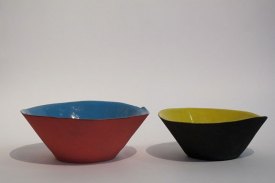 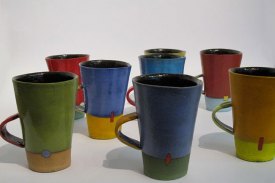 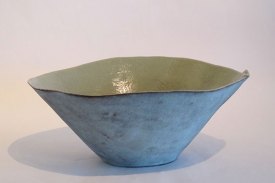 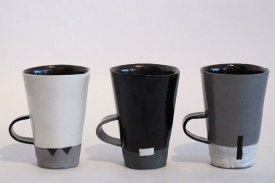 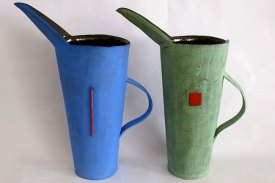 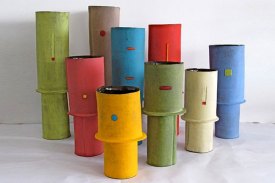 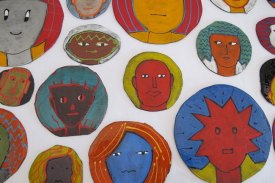 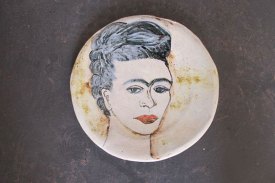 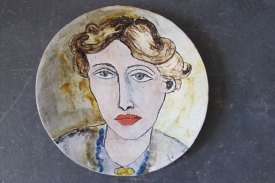 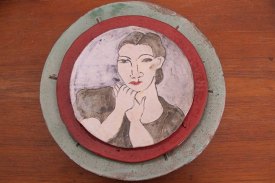 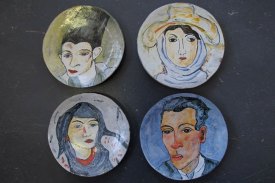 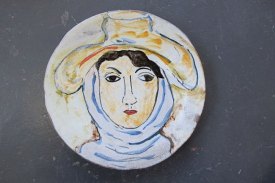 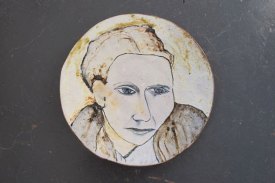 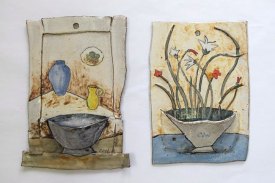 From the Table, to the Wall, and Back

A search for life‘s meaning is what has driven me to make and investigate the ceramic discipline over the past 38 years And yet, more than ever, I have fewer answers now to either the meaning or the discipline..

I seem to flit around with various techniques and styles, striving somehow to find my own pitch. This manifests in what may appear as a somewhat schizophrenic approach to my work.

For my show at the Kim Sacks Gallery I have made a diverse repertoire of ceramic pieces.

Inspired by my exhibition in Dec 2010 at The Irma Stern Museum in Cape Town, I have made a dinner table setting where I have interpreted some of Irma Stern‘s portraits on small plates. Here I use a majolica glaze with in-glaze painting and soft earthy colours which create a painterly watercolour effect.

This idea of portraiture on ceramics developed further, culminating in a series of female creative icons of the 20th Century such as Virginia Woolf, Frida Kahlo and others.

Still fascinated by faces, and parallel to the above, I have created a wall installation of ‘pop art‘ like stylised faces in bright colours and bold flat graphic markings using underglaze colours and transparent glazes,

Other wall pieces on show – composite tile installations – include an Adam and Eve depiction, and an exploration of 2 of Samuel Beckett’s plays – Waiting for Godot, and Happy Days.

From the wall back to the table – a number of individual utilitarian pieces where I use bright graphic underglaze colours and simple linear shapes – bowls, cups and platters. Somehow I am still always drawn back to tableware. For it is in the utensils that we use on a daily basis that we are reminded of nourishment and gratitude. I would like to think that some of the users of my ceramic forms have been enriched in their daily lives with joy and aesthetic pleasure and awareness.