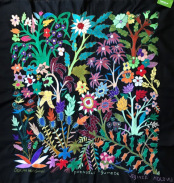 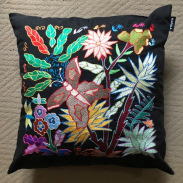 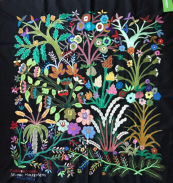 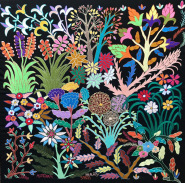 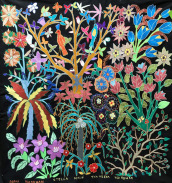 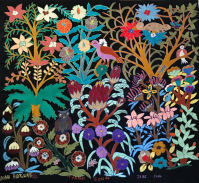 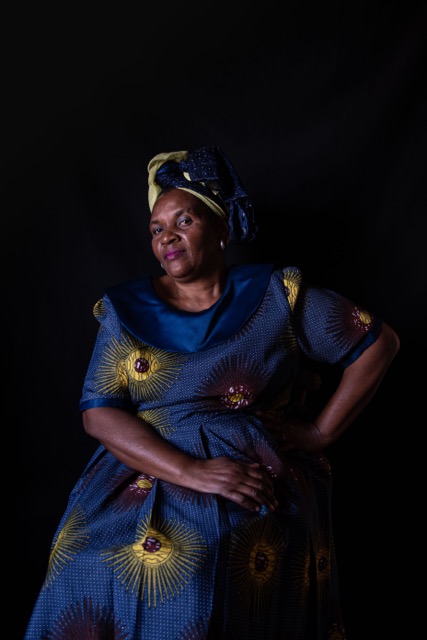 Dorah Hlongwani was born in Boekenhout in 1968 but now lives in the Winterveld. She and her seven siblings were brought up by her mother after her father passed away when they were young. She has secondary schooling but had to drop out to take on piece jobs to assist with family income as her mother’s only income was from subsistence farming and selling some produce. Dorah learned to do needlework, knitting, cooking, baking, and gardening from her mother who was an inspiration and role model. Dorah is now married and blessed with two sons. As a mom now herself she is carrying on in her mother’s footsteps. She joined the Mapula Project in 2004. She says: ‘Being with the women and working together every day encouraged me a lot.’

Art and handwork are in Dorah’s family. Her younger brother obtained a degree in Art from the University of Pretoria. When he refused to assist her, Dorah started to design on paper and trace onto the cloth until she built confidence. She says: ‘I put myself on training daily by drawing one thing until I get it right. If it was not for the Mapula Project I would never have known that I am an artist. I would never have known that I am talented; that I can change people’s lives with my story designs.’ Dorah sees a future in art and she wishes to be known worldwide as an artist who can create a better life for herself and others. She says: FORWARD MAPULA FORWARD 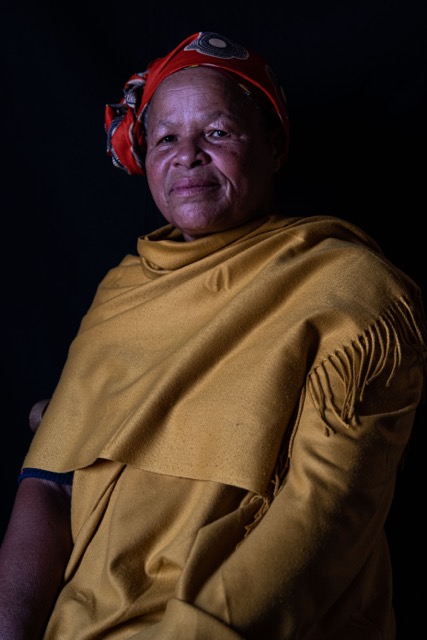 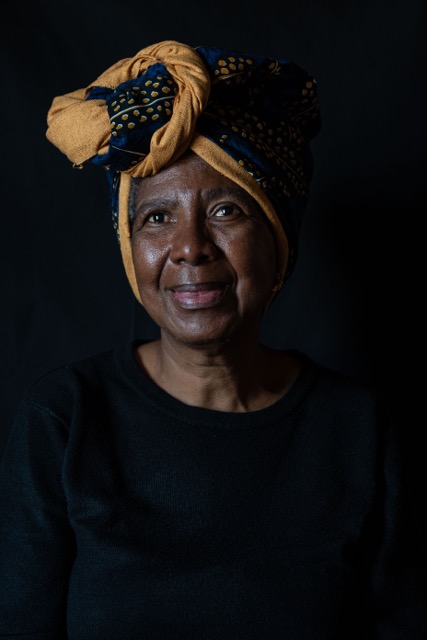 Sarah was born nearly 60 years ago in Ga-rankuwa into a stable family with a mother and father and nine siblings. Her father had served in the Second World War and she remembers him telling stories of delivering weapons and ammunition to soldiers and introducing his children to both the Russian and German languages. When her father died, leaving a household of young children, Sarah’s mother worked as a domestic worker. Sarah remembers a happy, stable childhood, surrounded by extended and close family members with whom she is still in regular communication.

Sarah completed her matric (Grade 12) and then achieved a Home Nursing Diploma through Damelin College. Unfortunately, at that stage, there were few formal job opportunities in this sector so she found irregular work as a domestic worker.

Sarah says:’Mapula has improved my life by helping me to bring in some income. It has empowered me by doing the basics of accounting and computers. Now that I am a board member and trustee I have been further empowered. Mapula has given me the opportunity to go to Cape Town. This was the first time flying and seeing Cape Town.’

When asked about her dreams and goals for the future Sarah says she wants to see Mapula going forward. She wants to participate more to provide opportunities for others to have a steady life and help them stop focusing on things that take them nowhere. 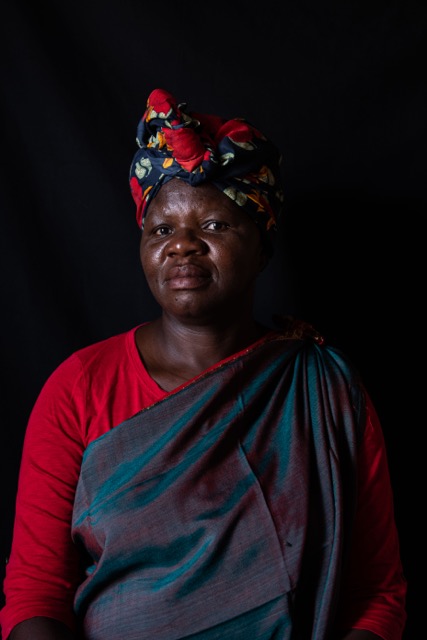 Stella was born and grew up in deep, rural Mpumalanga with her mother who worked as a domestic worker. She has six siblings. Stella left school before matriculating and has baked for an income. Now Stella lives in the Winterveld with a life partner and runs her home while caring for her four children who range from 10 years old to 29 years old. Stella joined the Mapula Project 15 years ago and says it has not only helped her to fight off poverty and feed her children but it has developed her and taught her ‘how to make a plan to live.’ 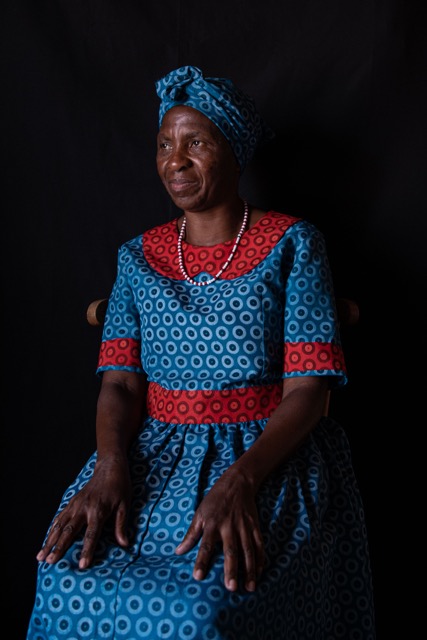 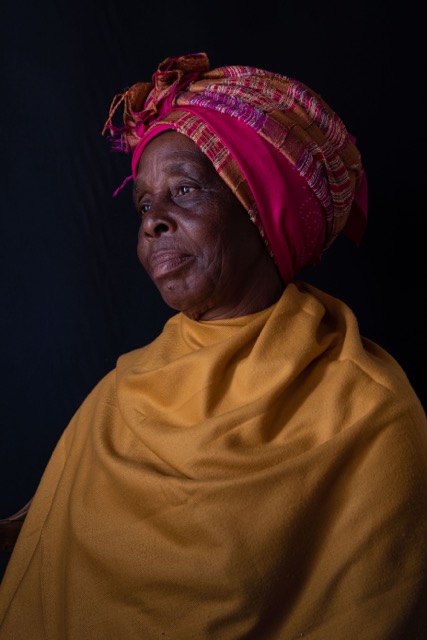 Nthabiseng was born and raised in the Winterveld by her mother and grandmother. Their only income was from her mother who worked as a domestic worker. She has one sibling. She left school after Grade 9; did a baking course and has worked for Pick ‘n Pay (a grocery chain store). Nthabiseng has a life partner. The two of them live in her own house with her three school-going children. Nthabiseng started with the Mapula Project 13 years ago and says that doing the embroidery has helped feed and educate her children and build her confidence.